Where are all the voices of irrepressable women throughout history?

It’s a question I’ve asked out loud since I discovered the revolutionary art of Central and South America in my early 20s. After a very white, conservative American upbringing, I found my worldview leveled by that of women such as Frida Kahlo, poet Rosario Castellanos and revolutionary Rigoberto Menchu. Through their words, art and action, they defied governments, religion, family, community and the men in their lives in their fight for something greater. 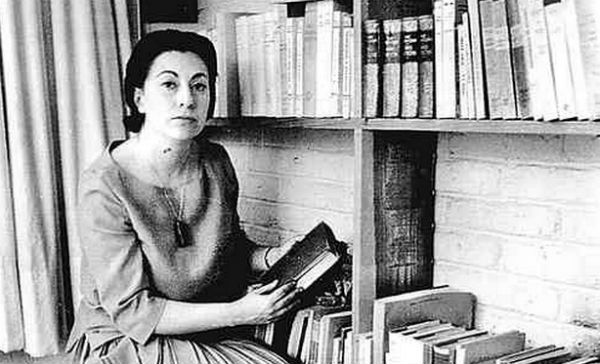 They were a collective punch to the face, the first of about a million “woke” moments for me that continue to happen to this day. I could never unsee what they showed a young woman searching for her voice – that power was and is not ultimately owned by the “winner,” but by the one whose narrative reveals a just nature for why they fought. Power lived with the people who brought hope.

Kahlo, Castellanos, Menchu – they saw injustices and fought against them. They shocked presidents and politicians into action. They changed people’s fates. They were rebels, who gave people purpose and strength to keep fighting.

Their voices were loud and clear. They inspired generations of women to fight hard for their rights and the rights of others, to speak out and lead.

They lit a fire in me, and I wanted more. I wanted to learn and see how women throughout history fired up their squads and gathered the masses to lead the charge for justice and the dignity of people.

What I found was a disturbing silence.

The narrative of women has been under siege for hundreds of generations.  It’s easy to believe that women never had any power or hope of gaining power. The dearth of accounts about strong, intelligent women throughout time offered us all the proof, right?

Turns out there is plenty of proof that, since ancient times, irrepressible women stood on the front lines, fighting as rebels, Queens, warriors and scientists. We just had to put the stories that were taken from us back together, and then return them to the historical narrative.

They ruled (all by themselves. No king needed). They taught physicians the healing properties of herbs and how to stitch a soldier on the battlefield. They shepherded other women through the treachery of childbirth and they definitely knew how to kill you if you needed killing. 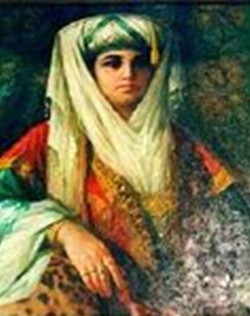 Did you know that Egypt’s only Sultana – Shajar al-Durr – single-handedly led the army that ended the Seventh Crusade and the Louis IX invasion of Egypt? Her capacity for strategy and unmatched bravery in the face of sure defeat allowed her to rise as the first ruler of the Mamluk Sultanate.

Her reign lasted less than half a year and is veiled in mystery as she was forced to marry and renounce her position. Yet, there is every indication that she ruled for far longer and drew the deepest of respect from the Mamluk assassins who became a legendary part of Islamic culture.

Or that Julian of Norwich spent her entire life as an anchoress, walled up in a room she never left as a form of severe asceticism. She was considered one of the most powerful Christian mystics and theologians of the 14th century. She is also widely thought to be the first woman to ever write a book in English. That book, Revelations of Divine Love, is one of the most beloved texts of Christianity.

Those are just two irrepressible women. Hundreds of suppressed stories are rising up, pieces put together from fragments of documentation, clues (such as money with their images, music, letters and the discovery of items long locked away from public view).

Of course, one of my favorites is Hypatia of Alexandria – the great philosopher and mathematician who rose to immense power in the last years of the Roman Empire.

There’s a belief perpetuated that she was unique in her power, that women simply did not serve in the capacity that she did (Hypatia was the head of the Neoplatonic School in Alexandria until her murder in 415 C.E.) during the era in which she lived.

The details emerging about the time in history and her life show otherwise.

So, it got me thinking about the enormous task of restoring women to the historical narrative.

Most of the time when I mention Hypatia to people, her name and story draw a big, fat blank. When we think of historical figures from the 4th and 5th centuries we think of Saints and possibly the last Emperors of the Roman Empire – young brothers, puppets of politicians and generals.

Yet, it was women such as Hypatia who defined the final years of a dying empire outside the churches and synagogues. They educated men, brokered treaties, served as the conduits through which hundreds of years of knowledge and thought from the West ended up preserved in the East instead of burned in raids on pagan temples.

The time when Hypatia lived is arguably one of the most pivotal moments in the history of humanity – and what we do know is this woman stood for hope and pluralism in the face of absolutism. Then she was brutally murdered for it.  Hers is an incredible story, and it doesn’t live in a vacuum.

Her contemporaries include Shushan-dukht, the daughter of a Jewish exilarch who became the Sasanian Queen in Persia during the same period. Aelia Galla Placidia was granted her own household by her tyrannical father Emperor Theodosius, remaining financially independent until she married the King of the Visigoths. Coelia Concordia served at the end of the 4th century as the last of the legendary Vestal Virgins. How did that happen? I thought women back then were second-class citizens and property? Hmmm…

Over the next few months, I’m going to work on getting you all excited about the phenomenal women whose lives and contributions defined the end of the Classical era. They changed the world forever, often died in obscurity, their stories left to be forgotten because the political and social climate required them to disappear. Now, we get to rediscover them.

They’ve got a lot to teach us all about the politics of the modern world, offer up some poignant perspective on the nature of power and – most of all – give us that one thing that only those fighting the just fight do – they offer hope.