One of the fantastical elements of The Sibylline Chronicles is the incorporation of provocative relics from the ancient world – many of which disappeared between 391 and 415 c.e.

The Necklace of Rhea Silvia is one of those relics.  It hung around the neck of her statue in the Temple of Vesta (Rhea Silvia was one of the original Vestal Virgins and considered the Mother of Gods) for 1,200 years. 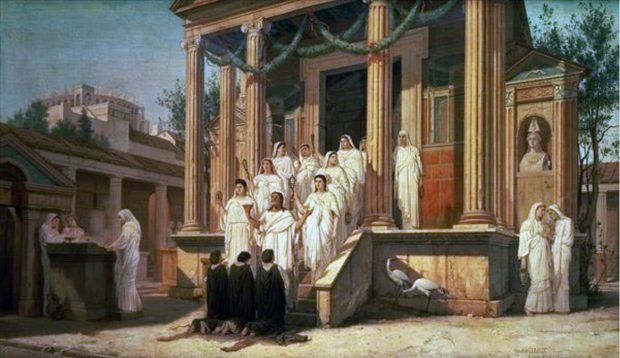 That it went untouched through coups, wars, political and religious upheaval and the chaos that was twelve centuries is remarkable. It speaks deeply to the reverence (or fear) Romans had for the Vestals and the consequences of defiling their holy site. It also informs us today of the possibility that we do not fully understand the role of women – in particular women whose role was to safeguard relics of the ancients – in fourth-century Roman society.

A single story of its existence – in which Serena, the wife of Roman General Stilicho, attempts to take the necklace from Rhea Silvia’s marble likeness – is the only historical record.

Stilicho is directly tied to existing historical record of the Sibylline. The General is said to have disposed of the purported original Sibylline Books in 408 c.e. He was put to death not long after.

Their stories, along with the stories of the Vestals, are caught up in provocative ways with the limited history of the Sibylline – as well as the life of Hypatia.

The necklace of Rhea Silvia is interwoven into The Sibylline Chronicles as a storytelling tool to link those histories.

My oldest daughter is working together with me to envision what elements such as this look like (there is no historical record of the design of the necklace and archeologists have never found it.)

The lore surrounding the necklace is that Rhea Silvia wore it on the day that her uncle Amulius forced her to become a priestess of Vesta. In its amulet, surrounded by the sacred ouroboros, is a stone that carries the blood of the Mother of Gods.

Here are a few of her early concepts. 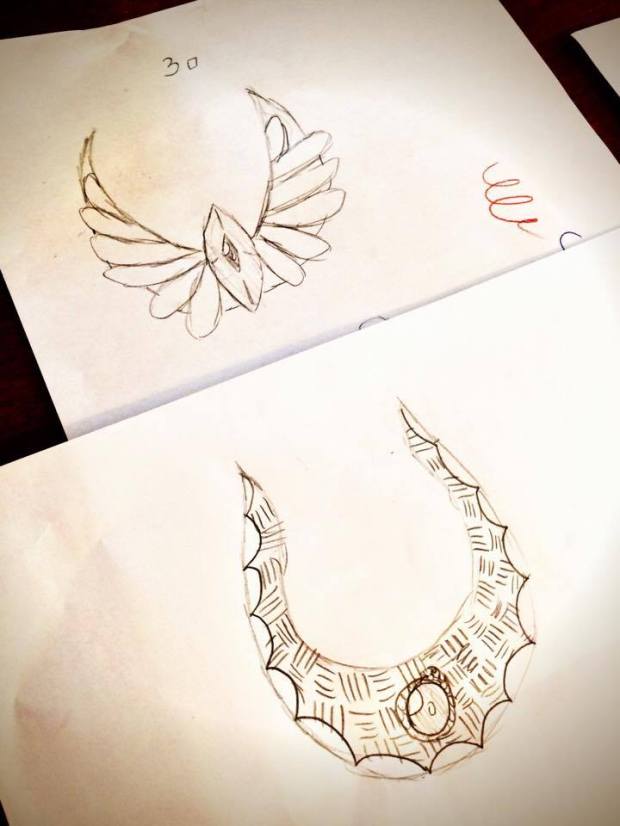