Some may dismiss it all as cliché, but who is to say you can’t find a bit of romance in a bottle of wine?

After a very long week, I stopped in at our neighbourhood BC Liquor Store last night to purchase adult beverages, heading right to the location where I knew my husband’s choice awaited.

Along the way, I spotted a gorgeous display full of summery rosé and a beautiful bottle winked at me. Named after Baudelaire’s classic book of poetry—Les Fleurs Du Mal—it was the exact bit of magic the end of such a week required. 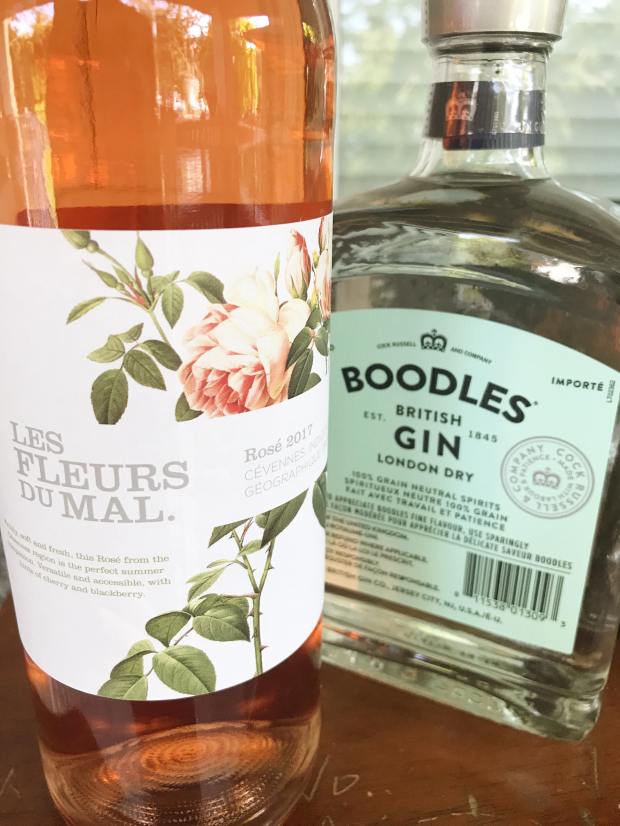 From the first sip, it proved delightful. It wasn’t long, though, before I realized the bit of magic this bottle of wine truly contained.

It turned out Les Fleurs Du Mal is a Cévennes wine, the exact region where The Maiden of Gevaudan takes place. I would never have guessed that this mountainous terrain could be transformed into wine country and that I might drink a bit of grape that grew in the soil of Southern France where many of the characters brought to life in the novel walked, hunted, loved.

Imbibing a bit of such a place left the romantic time-traveler in me swooning, eyes heavy as I slipped away to the wilderness of Southern France, the winter moon perched above the skyline of pines. There, I stood admiring Kat stationed in the wide window of the tower study at Chateau d’Apcher anticipating the sweet touch of Count Saltykov while keeping watch over the Gevaudan. Her wide Russian Tula blade hanging heavy in a weapons belt, she called me over. Did I see it too? The chartreuse stare? Did the baying in the night not demand we learn together whether La Bête still hunted? I pass her a glass of  Les Fleurs Du Mal and trace the outline of the limestone ridges that drop off into the frozen waters of the Truyère. Tonight, we drink. There may not be another chance.

Ah, Friday and the thrill of adoring the serendipity that a writer’s life brings.

New blooms in the garden this week - henbane, borage, and calendula. The bees are happy.
When your DH hacks your desktop and sneaks you a little afternoon affirmation for your next novel that is now out for submission.
Logging a little patio work time on Main Street this morning. I am LOVING getting out all over Vancouver again.
Long afternoon walks in the ☀️
Everyone is awesome #legopride
Wild roses and a rainy morning walk on the water in #yvr
Lunchtime on the terrace at @thesylviahotel
A little West-end love today in #yvr
Lunchtime beach walking.