My husband keeps telling me that I need to take a mental break after the last couple of months working my face off to get The Maiden of Gevaudan in the shape it needs to be for contests and, shortly, querying.  I took that break from the manuscript after entering it in Pitch Wars in September. But, anyone in even semi-regular contact with me understands my overtly obsessive nature, which includes a constant need to world build. No way would I full stop in the writing department.

Instead, I launched full-force into researching and plotting out a new novel I have deemed The Woman On The Wall. After a few research setbacks and plot idea deviations, I worked through a majority of the initial pre-production to get to a clear premise and start writing.

While I’m not going to reveal the whole concept for a bit, I’m all about the visual plotting. So, this is the first of many aesthetics and a few teasers for you: 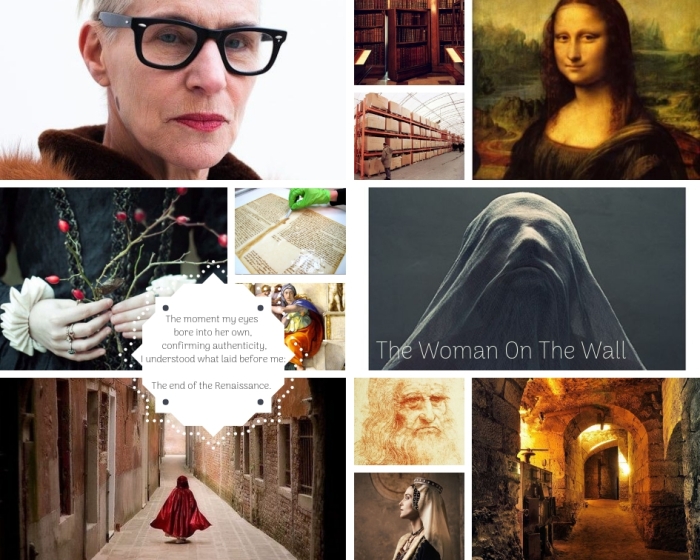 Thanks for dropping in to check this new project out.

My goal is to post updates and teasers every few weeks as I work through the writing process.

Let me know in the comments what you think!