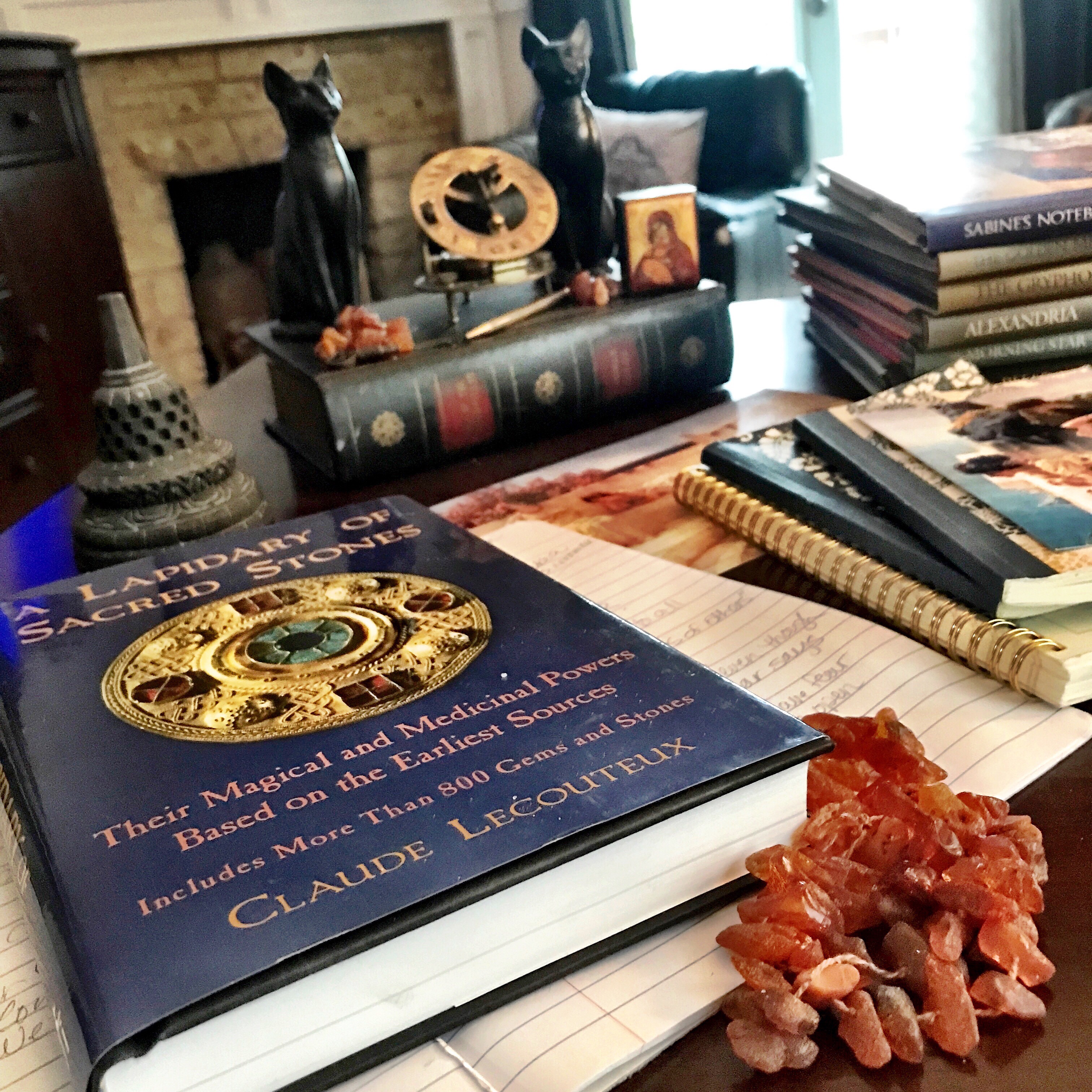 I’m finishing up research on Medieval and Renaissance uses of stones of all kinds (even stones like gall stones and kidney stones) for the purpose of religious worship (including all Abrahamic religions), healing, and protection.

The stones you see in the picture are a string of raw amber my grandmother brought back for me from Częstochowa, Poland. She made a pilgrimage to see The Black Madonna of Częstochowa 30 years ago and returned a very different woman after that experience. They carried so much energy in them that I locked them away and lost track of them until recently.

According to the lapidary, amber or Cymbra as it was called is thought to be engendered from the breath of a whale, found at the bottom of the sea and the mouth of rivers. It guards the virtues of the body, sharpens the memory, and banishes sorrows.

In The Thousand and One Nights, all sorts of stones are pitched into the sea by a fountain, swallowed by fish and spit back out as amber.

Pliny offered us a fanciful creation story, stating that amber was produced by the sun’s rays that would leave it behind as they struck the ground at the end of the day.

In folk medicine, it is used to tranquilize the mind.

Amber plays a key role in The Woman On The Wall, As does the Cult of the Black Madonna.

More on that soon.