This past Tuesday marked 90 days until I leave for France.

“Three months!” most people say. “You must chill!”

Queue a wee bit of dramatic arc because, well . . .

Our heroine continues to plan her solitary sojourn to France, and realizes quickly she cannot do it on her own.

She turns to her friends who, in their 40s and 50s, do not suffer from the I-have-not-been-to-Europe affliction. In fact, many of them went in their 30s and only return to North America out of professional and familial obligation.

They clue her into the modern world.

The big thing they helped me realize this week is that the phone is my friend. I’ve never been a HEAVY phone user. My apps are limited to voice dictation for when the muse strikes and I left my notebook in my other bag, Podcasts on archeology, and Moon because I am an astro nerd and like to check out the phases of celestial bodies.

I was having a TERRIBLE time resolving issues around a day trip from Amboise to Saumur when my pal Erin from Erin at Large  popped onto my Facebook feed and suggested Trainline.

Boom. I’d found my solution to more than Saumur and downloaded the app to store the tickets. That’s when I realized I could app my way to storing a whole lot of things without paper ticketing. I’m the sort of person who will have copies of documents in multiple places (ease, emergency, back-up). So, this was a big, obvious win for me.

A lovely friend of mine is traveling to France at the same time, and we’ve been trading bits and pieces on French life for the last little while.

Yesterday, she reminded me that one of our mutual loves – podcasts – would be a great way to brush up on traveling tips, learn more about the regions we are going to, and ignore people on transit during our daily commutes. 🙂

I have totally fallen in love with The Join Us In France Travel podcast.

Annie and Elyse are amazing guides, and now I’m plowing through far more than the handful of podcasts from them I “thought” pertained to my travels. Love them. Go check it out.

My first one was Episode 224 on traveling solo as a woman in Paris.

Finally, I’ve been contemplating how to best manage my whirlwind 48 hours in Paris. I first considered going full-on tourist, but realized that defeated the purpose of my trip to research Renaissance France, da Vinci, and the sentiment surrounding that time period.

A friend from my early years as a newspaper journalist recommended a private tour, something I hadn’t considered since I don’t usually roll that way. The person she recommended never got back to me, but I am not easily defeated once I’ve decided to explore a certain avenue.

Then, a browse through the indomitable Messy Nessy Chic sent me to  City Unscripted out of the UK, where I began corresponding with a great crew about landing a guide who could show me more off-the-tourist-trail sites around Paris that pertain to my research goals. 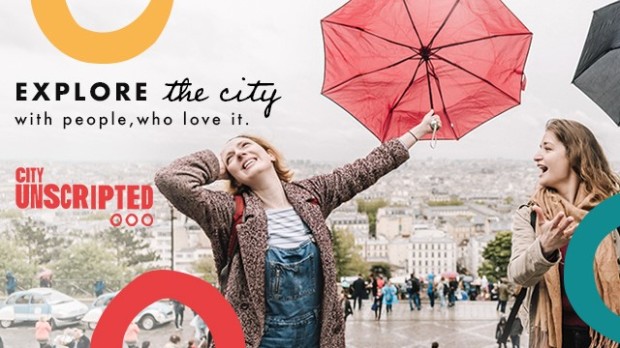 They’ve been wonderful, and while I haven’t booked my tour yet because we’re not done planning, I’m looking forward to a mix of tourist and the unusual as a result.

When your husband kicks you out of your office for an hour to surprise you by not surprising you that he knows you so well. (I love Turkish lamps, and have always wanted one)
Dose 2 for the big kid. Post-vaccination brunch at @6degreeseatery to celebrate.
Morning water therapy
When your sweet SIL knows exactly what to get you for your birthday. #sibyls
Paperbacks and pastries mean the do not disturb sign is up. #amreading
Loving my haul of garlic and vegan kimchi from @salty_cabbage_kimchi at the @vanmarkets in Kits this morning.
This amazing woman is 16 today. Happy Birthday to my big kid. She’s smart, fun, full of heart, and a fighter. Go slay this year.
This. Is. 50.
Mango cake from Michele Cake Shop in Kerrisdale. Absolutely fabulous.